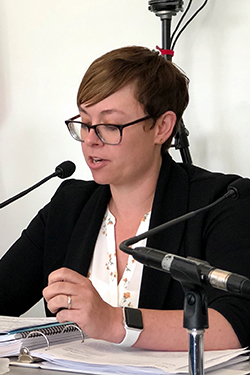 Jessica leads a multidisciplinary team in pursuit of the Council’s mission to achieve California’s coequal goals and provide the best possible unbiased scientific information to inform water and environmental decision-making in the Sacramento-San Joaquin Delta. Jessica was selected as the Council’s executive officer in 2014. Prior to that role, she served the Council as policy and legislative advisor, playing a key role in launching a brand-new State agency and shaping the initial legislatively mandated Delta Plan. Jessica’s career in public service began with her work as a capital fellow at the California Natural Resources Agency; she later served the director of the Department of Water Resources as an advisor and returned to the CNRA Secretary as deputy secretary. She has a Bachelor of Arts in communication from the University of California, San Diego and a Master of Science in community and regional development from the University of California, Davis. She lives amid giant trees and behind levees in Sacramento with her husband, two children, and several chickens. 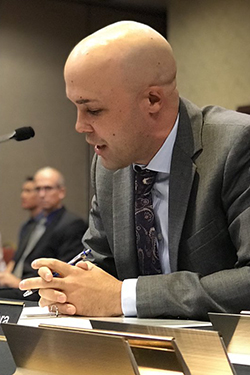 Ryan was promoted to chief deputy executive officer in March of 2021. In this position he is responsible for directing internal operations, including oversight on policy development, execution of annual priorities, day-to-day functions, and external communications to ensure the Council can carry out its mission of achieving the coequal goals. He first joined the Council in 2015 when he was appointed legislative and policy advisor to the Council by Governor Brown. In that role he served as the organization’s representative before the Legislature on all policy and fiscal-related matters. Prior to his work at the Council, he held positions at the California Department of Resources, Recycling, and Recovery (Calrecycle), including senior legislative analyst, chief legislative consultant, and acting legislative director. He started his professional career as a legislative intern with Sacramento lobbying firm Shaw/Yoder (now Shaw, Yoder, Antwih, Schmelzer, and Lange). He holds a Bachelor of Arts in political science from the University of California, Davis and a Master of Arts in government from California State University, Sacramento. He resides in Sacramento with his wife and two children. 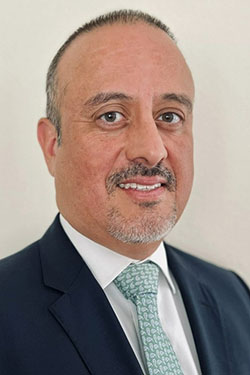 Jorge was appointed to chief counsel by Governor Newsom on July 1, 2022. He previously served as a deputy attorney general for the California Attorney General’s Office. He was a senior associate at The Saqui Law Group from 2013 to 2015, general counsel at Powerlane Corporation in 2013, and an associate at Sundeen Salinas & Pyle from 2008 to 2013. Before that, he was a staff attorney at the Eviction Defense Center from 2004 to 2007. Aguilar earned a Juris Doctor degree from Washington and Lee University. 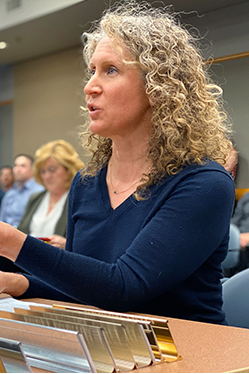 Special Assistant for Planning and Science

Amanda was appointed special assistant for planning and science to the Council by Governor Brown in 2018. Prior to joining the Council in 2016, Amanda served as the economic development lead for the Sacramento-San Joaquin Delta Conservancy, program director for the American Land Conservancy’s Central Valley and Foothills Program, and executive director of the Mother Lode Land Trust. She has a Bachelor of Arts in international studies from Southern Oregon University and a Master of Sciences in community development from the University of California, Davis. She lives in Sacramento with her two children and enjoys hiking, backpacking, cycling, snowshoeing, swimming, and spending as much time outside as possible. 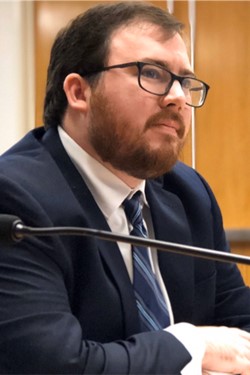 Brandon was appointed to legislative and policy advisor by Governor Newsom on July 1, 2022. He is responsible for maintaining the Council’s relationship with the State legislature and working on other special projects related to Delta Plan policy. He first joined the Council in 2018 as public participation manager, where he led the development and implementation of the Council’s Public Participation Plan. Before his work at the Council, he held positions at the Sacramento-San Joaquin Delta Conservancy as economic development lead and board liaison, the Department of Toxic Substances Control as a legislative analyst, and the California Energy Commission as a graduate assistant. He holds a Bachelor of Arts in political science from Humboldt State University and a Master of Public Policy and Administration degree from California State University, Sacramento. He enjoys spending time outdoors with his wife and two children, traveling to the redwood coast whenever possible, and is a fan of the Oakland A’s, Sacramento Republic, and Norwich City FC. 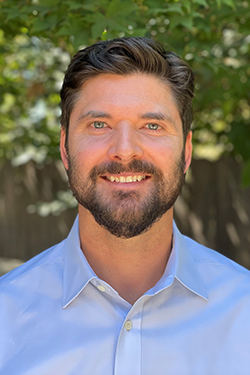 Prior to being promoted to deputy executive officer for science in September 2022, Henry spent over 13 years working at the intersection of environmental science and policy, including with the National Oceanic and Atmospheric Administration, The Pew Charitable Trusts, the United Nations Food and Agriculture Organization, and most recently as the Council’s environmental program manager for the Collaborative Science and Peer Review Unit. He has a Master of Science in environmental science from Yale University and a Bachelor of Science in geography and environmental studies from the University of California, Los Angeles. Henry is passionate about science communication and working with diverse stakeholders to tackle complex science governance challenges. He lives in Sacramento with his wife, daughter, and rambunctious dog Mylo. In his free time, he likes to ride bikes, play soccer, and paint. 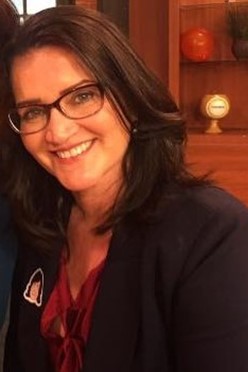 Abbott directs the Council’s communications and public participation units. Prior to joining the Council and since 2016, she worked in communications and external affairs. Prior to joining the Council, Abbott served as director of communications for the Department of Pesticide Regulation and before that as media relations manager for the Department of Toxic Substances Control. In addition to her public affairs experience and knowledge, she worked for more than two decades as a radio and television reporter at local stations and networks including CBS, KGO, KMAX, and iHeart Radio. Abbott has a Bachelor of Science degree in tele-communications from California State University, San Diego. She enjoys traveling overseas, golfing, gardening, and recreating on the American River Parkway. 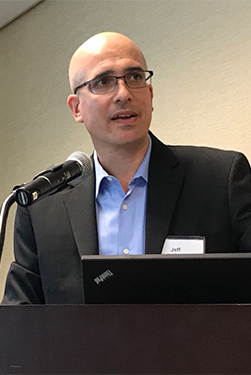 Jeff is an urban and environmental planner with 25 years of experience in the public and private sectors specializing in land use and conservation planning, flood hazard management, climate change, hazard mitigation, and the implementation of the California Environmental Quality Act (CEQA). He is passionate about collaborative planning processes that bring together legal and policy experts, scientists, stakeholders, and the public to develop best practices and policy solutions to key challenges in the Delta. Prior to joining the Council, he worked for multiple private firms as an urban and environmental planning consultant to local jurisdictions throughout California. He has a Bachelor of Arts from Whittier College and Master of Urban Planning from the University of Washington. He enjoys running and biking; spending quality time with his wife and two children; and coaching youth soccer, track, and cross country. 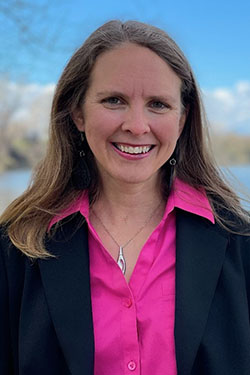 In addition to her work with the Council, Laurel, an interdisciplinary ecohydrologist, is an associate professor in geography and civil and environmental engineering at the University of California, Berkeley. She holds a Doctorate in civil engineering (water resources) from the University of Colorado, Boulder and both a Master of Science in earth and planetary sciences and Bachelor of Science in systems science and mathematics and environmental studies from Washington University in St. Louis. Prior to starting her role at Berkeley in 2013, she was a research hydrologist and ecologist at the United States Geological Survey in Reston, Virginia. In her free time, she enjoys outdoor adventuring, gardening, and chasing around her son and dog. 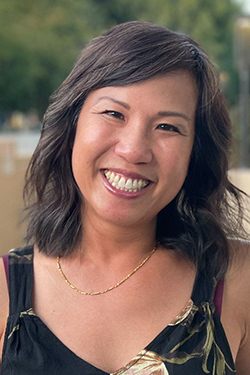 Harriet is a land use and environmental planner working at the intersection of science and policy. She oversees Delta Adapts, the Council’s comprehensive climate change study. Prior to being named assistant deputy executive officer for planning & climate, Harriet served as the Council’s assistant planning director, overseeing Delta Plan development, implementation, and policy to ensure the long-term resilience of the region. She is experienced in translating the best available science into effective policy; working with a wide range of interests to find common ground; and preparing, updating, and implementing large, multi-disciplinary plans at both local and State levels. She has a Master of Arts in urban planning from the University of California, Los Angeles and both a Bachelor of Science in environmental studies and a Bachelor of Arts in geography from the University of California, Santa Barbara. Harriet enjoys traveling, hiking, and watching her boys’ soccer competitions. 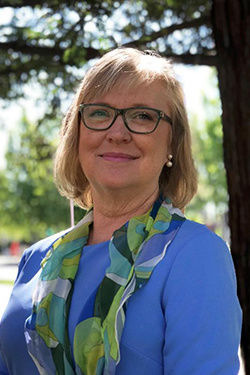 Mary supports the scientific and planning efforts of the Council. She previously served as the chief of the political reform division at the California Secretary of State, where she was responsible for directing all phases of the political reform program. She has also served as the acting administration deputy executive officer at the California Victim Compensation Board, where she oversaw restitution efforts and ensured that systems were in place to fully meet crime victim's needs. During her 30-year career, she worked as a senior administrator and consultant for state and local governments, including the Sacramento Public Library, The Sacramento Housing and Redevelopment Agency, and the City of Sacramento, as well as a consultant for nonprofits and businesses in the private sectors. She has Bachelor of Science and a Master of Business Administration. 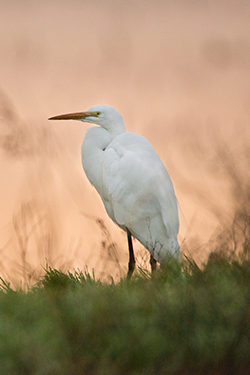 Cindy provides administrative support to the Delta Stewardship Council's executive and science divisions. Cindy started her State career when she joined the Council in 2012 as an office technician. She was promoted to her current position in 2016. She has been in office management positions for more than 30 years, including managing an engineering firm's administration department for 13 years. She helped to transition that company from eight to 28 people and to integrate it with a multi-national parent company based out of Ohio. Cindy is originally from Campbell, California; she has the natural gift and art of discipline, anticipation, integrity, organization, and common sense.